I Feel the Way I Do - End of Conversation!

The Tyranny of Feelings

My liberal friends keep refusing to talk with me. Now most have no problem talking at me. Just a problem with me talking at all in self-defense. It goes like this.  (Finger points at me in roughly the shape of a gun) "I don't want to hear you talk about politics or religion today." Usually this is followed up by several little digs at me explaining how I'm a bully. That I call people names. Things like that.Then they glance around the room looking for approval from other advocates of what I call "Feelings uber alles!"  I am not allowed to answer such charges because, of course, that would be talking about religion or politics and that might make them mad so that they would be forced to retreat to a pre-designated safe space.

Then when I ask what names I've called them (other than the labels they've chosen for themselves like liberal, progressive, or leftist), they can't tell me what it was. Mostly I get, "I don't remember but it hurt my feelings." Or "I don't want to discuss it."

In my best terrible, mean bully manner, I respond in this manner. "No, you are mistaken. I don't feel about politics and religion. I think about politics and religion and my reason informs how I feel."  Most of the time I don't get past "No, I..." before being shouted down. Were I to shout down my feeling friends and loved ones in a similar manner, I'd be rightfully called down by these guys as a bully. As it is, simply offering an alternate view with accompanying facts and data which I have considered when forming my opinion, that is what is most frequently described as bullying by folks who lean left.

"Ever voted for a Republican?"

"Are you kidding? No, Republicans are stupid bigots and they call people names. Besides, I know you watch Fox News and you haven't ever voted for a Democrat."

"Actually, I've voted for several. Usually they get kicked out of the Democrat party shortly after I voted for them, but I actually have voted for Democrats I agreed with."*

To me, it's odd that anyone would think I should vote for someone whose policies I disagree with. This model conversation is a compilation of several dozen conversations I've actually had with my friends who espouse policies of the sort espoused by Karl Marx, leftist university professors, Progressives, Democratic Socialists, Communists, Bernie Sanders, Elizabeth Warren and Alexandra Ocasio Cortez. 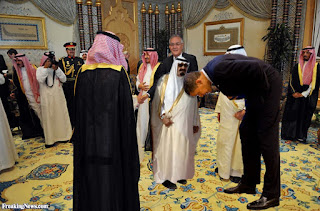 I will always calmly and politely discuss politics and religion if you want to. If you don't, I won't. Just don't take pot shots at me and expect me to stand still and let you insinuate that I am a bully and a bigot and stand still and let you get away with that. If you think my talking about someone being a liberal or leftist or progressive or socialist, then tell me how you describe your politics. And don't give me "independent". That's disingenuous. Too often the term "independent" is used to cover for people who vote for whoever their friends tell them to vote for based on their feelings. 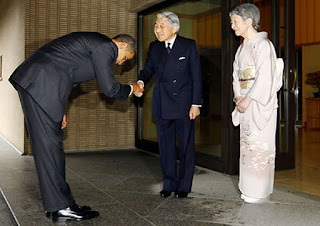 Part of the reasons that those who are "not conservatives" slid right and voted for Trump was because he said things they liked and their friends voted for him. I did not vote for Donald Trump. I'll be honest. I actively talked against him. I thought he was a bad candidate. Actually, I thought he was a closet Democrat.

I've been pleasantly surprised, however. Turns out he has actually governed as a conservative. He stood up to foreign bullies like China and Russia. If he's Putin's puppet, Putin forgot to attach the strings. Trump's been tougher on Russia than "Tell Vlad I'll be more flexible my second term" Obama ever was and Trump has yet to bow to any emperor or Saudi Sheik. He's appointed strong conservative judges. His FCC appointees rejected the Net Neutrality Scam. The economy is booming (which is apparently a bad thing if you listen to Democrats). I'm working now. I can pay my rent. I can say what I want, worship where and when I want, own a weapon to protect myself and my family, and write my blogs although they may be occasionally banned by the leftists over at Google and Facebook and Youtube. He's tough on trade and illegal immigration and has some good ideas for fixing the problem. I personally find that encouraging uncontrolled illegal immigration us little more than feeding the US form of slavery that is employing what Democrats once called "wetbacks". And they weren't using it as an affectionate term.

I've never advocated that anyone I disagree with should be silenced either by law or violence. I've never ridiculed anyone's religion, although I've said some harsh things about atheists who bully people of faith and environmentalists who bully anyone who disagrees with them. I have called Marxists, militant atheists, climate change evangelists, and believers in sciencism "members of religions". Members of all these faith-based groups vehemently deny they are religions. So, if the practitioners of these faiths are not religionists as said practitioners of these philosophies consistently claim, then my own claim not to have ridiculed anyone's religion stands. I am simply taking them at their word. Members of each group, have however called me names like ignorant, bigot, hater, stupid, and other epithets ugly enough that I've kicked them off the threads I post (I've got kids on my friends list for crying out loud - cool it with the profanity).

And yes, Virginia, the f-word is profanity. It is a term that would belong to rape culture if there even were such a thing.  If you want to discuss my views on politics or you post a dissenting opinion on one of my posts in the comment section, you are welcome. Just don't expect me to tamely submit to your bullying, threats or one-sided arguments. I fight hard, but fair. If it hurts your feelings that I disagree with you or offer one of my experiences explaining why I believe as I do, or recount my researches on various issues, or carefully reasoned opinions in response to your talking points, you should remember that I have forewarned you.

If you are going to need to retreat to a safe space after I answer your question, threat, abuse or diatribe, you should skip commenting on my blogs.  Thank you for reading my blog in any case. You are always welcome here and let's talk. The thing that WILL tear this country apart is refusing to talk openly and honestly and shouting down anyone who disagrees with you.

*  Notably Phil Gramm and Ralph Hall when they were serving as conservative Democrats in the Congress and Senate. They had to leave the Democrat party because they didn't support the socialist agenda of their party.

** The characters in this sample conversation are composites of a variety of people who have unfriended me or simply quit talking to me and in no way should be construed as words belonging to any specific person. Persons attempting to do so will be prosecuted, tarred and feathered, and/or banished to Australia.

Email ThisBlogThis!Share to TwitterShare to FacebookShare to Pinterest
Labels: Reason vs Feelings