Global Climate Change (aka global warming) is NOT a big conspiracy. It's a scientific controversy that has been co-opted and propagandized by political ideologues to create a narrative that says we humans should give up our liberties to socialist central planners in order to save the planet. Tragically, in the middle of all the politics, the real science that should be happening has been obscured, repressed, and funded out of recognition as pure science. When scientists' careers depend on their not challenging political dogma, science suffers.
Climate is an incredibly complex subject which has been emotionally charged because politics, religion and economics have all become entangled in what should be a strictly scientific issue. So instead of seeing computer climate models for what they are (theoretical guesswork), we've made them prophecy and enshrined the rhetoric of ideological profiteers like Al Gore and other so-called "climate warriors". Instead of healthy debate, we see dissenters silenced, ridiculed and marginalized n favor of a narrative dictated by globalist "progressives" who mean to be our masters.
We are currently in a cooling period thanks to a solar minimum that has reduced sunspot activity dramatically. The last big one of these we had, The Maunder Minimum, led to a period of climate change that, in Europe, was called "The Little Ice Age" and caused whole crops to be wiped out in some northern countries. England once had thriving vineyards that were killed out during the Maunder Minimum. Until someone hangs a thermostat on the sun, that great nuclear ball of fire in the sky will have far more to do with climate change than anything a scrabbling handful of people can do.
Should we clean up after ourselves? Sure. Should we minimize pumping smoke into the air? Probably, given the climate effects we see every time one of those big old volcanoes goes off and pumps the atmosphere full of dirt and smoke.
Should we enact draconian environmental laws, frighten children and place vast power in the hands of a gang of elitist central planners. NO! Unequivocally, no. That always turns out to be a very bad idea. Not that it won't happen. We could reach a tipping point soon where, thanks to relentless propaganda and fear-mongering, the citizens of Earth might well hand themselves and their futures over to what promises to be a wildly repressive oligarchy of progressive socialists.
Just look at how they go after anyone who opposes them by digging up dirt from their past, twisting the truth, and demonizing even their own people. Now imagine the global government secret police and how that's going to work out for anyone who complains about the universal low living standard being proposed by the very people who would cut the world's population in half to "save the planet".
We've seen how population controls work and the genocide that follows it as troublesome folk are removed because they threaten the power holders. The Beast thus created will be terrible to behold and this is the first time in history that we have the technology and the weapons to successfully manage a world population according to the dictates of an elite few. Now that we troublesome types can be hunted down with infrared trackers, our movements monitored by computer, our ability to buy and sell controlled by government agencies, and every word we've ever said online pulled up to be used to prosecute us using the over 2 million laws on the books in the United States alone, the end is coming sooner rather than later. In a way I'm glad I'm getting old. I weep for my children, though. It's not going to be pretty.
But, hey, Jesus is coming, so it'll be okay, no matter how badly the human race screws itself up trying to create a utopia for themselves without Him.
© 2018 by Tom King
Posted by Tom King (c) Monday, July 23, 2018 2 comments: Links to this post

Why I Dislike the Word "Compliant" 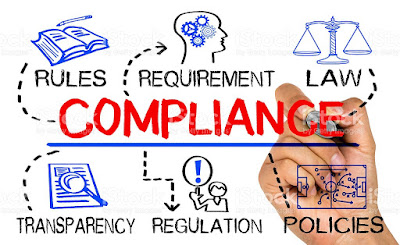 A word that pops up disturbingly often in education, social service and health care paperwork is "compliant". It seems everyone who has anything to do with helping people seems hell-bent to make sure their charges are "compliant".  Even my doctor monitors "compliance" with his orders. Cooperating with my doctor is, of course a good thing, but I prefer "cooperation" to "compliance". I think "compliance" is a dangerous goal for any society. Americans are not a compliant people, thank God. My progressive friends seem to think more compliance would be good. The idea is that the government would make laws and then everyone would comply with them and then utopia would be achieved. The government could redistribute wealth and suddenly everyone would be "equal".

The trouble is that "sameness" is not necessarily "equality". And redistributing wealth only redistributes wealth. It does not redistribute character or talent. There's nothing wrong with redistributing wealth. In fact there is no way to avoid doing that. Capitalism does that by its nature. Socialism does that by force. The question is can we intentionally spread wealth around in a way that is mutually beneficial to all. Must wealth be spread so that it is the same to all no matter how hard they work or what risks they take. Surely, there must be a way to gather enough wealth to allow (the few) enough rewards for risk-taking to create new economic activity. There also must be enough wealth spread around for (the many) people to be able to afford to buy new products or services. Turns out there is. It's called free-market capitalism.Henry Ford contradicted conventional capitalistic wisdom (and angered fellow capitalists) by more than doubling the wages of his factory workers. Instead of going broke, Ford thrived because that act essentially created a new middle class who, for the first time, could afford to buy cars. Sadly, Ford mistook wise business policy for equally sound political policy and supported Hitler and Mussolini's ideas of socialism. World War II was an eye-opener for Mr. Ford. Mr. Ford got too big for his britches in thinking he could apply what he did voluntarily, but do so by force through government authority. He was desperately wrong.If we think the economic pie is finitely small, we can't do things like Ford did. Even Ford seems to have missed that. Giving your workers more money in a zero-sum game would mean the business owner makes less. Progressive idealists love the idea of picking wealthy pockets, the politics of envy being essential if you're planning to use the proletariat's greed to foment a revolution. My point is this.

So, supporting political policy simply because it would increase my welfare check would be in my own interests in the short term? Well, maybe, but such a policy might not be good for everyone in the long run. That very appeal to narrow self-interest reveals the piratical nature of the strategy behind the progressive agenda. In a moment of rare clarity, one leftist wag reminded me that if I were to vote for progressives, then they would take money from people I envy and give it to me.

They did a lot of that in Detroit and for a while the people of Detroit enjoyed the vast influx of public largesse from the federal government.  Detroit was to be the showcase of liberal planning and a demonstration of the benefits to be gained from big government spending, central planning and wealth distributions. The People's Republic of Detroit, however, proved to be an unsustainable house of cards and it crumbled to ruin, leaving behind a wasteland, where once stood the most vibrant industrial city in America once stood - at least before Progressives tried to fix it..

I believe the short-sighted thinking of the progressive movement stems from an almost desperate need by the leaders of the movement (most of whom reject religion in general and Christianity in particular) to prove that man can create a heaven on Earth by writing laws. The folly of perfecting people by passing laws has been demonstrated already. In the early days of Israel, God showed the Israelites that even He could not create a perfect world by making laws - not in a world where humans have free will to obey or disobey those laws. Laws only reveal what is evil in man. Changing man's heart that he may obey those laws on his own steam must happen in the human heart, transformed by time spent in the presence of He who is love, joy, peace and harmony incarnate.

The Progressive movement falls into the trap very quickly of deciding that if writing the law doesn't work, then what's needed is strict enforcement. Then, a perusal of history shows that the harder they try and enforce the law, the more rebellious people become. Under government coercion of its citizens, resistance to the law tends to increase until finally, the whole thing deteriorates. At last tyranny comes to open warfare with the people who must live under the laws. Such governments pass more and more laws thinking to make people more likely to obey. But hedging people about with an abundance of law is inevitably fatal. Too many laws and obedience becomes more and more onerous and the more it becomes evident that the laws are not working. Finally, the "dear leaders" find themselves strung up by their feet from a nearby telephone pole or cast into their own gulags. 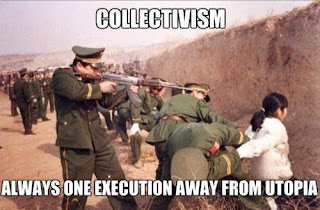 It's why socialist nations eventually take up genocide as their national sport. They try to eliminate anyone who might not be compliant. It's why Hitler killed Jews and gypsies. It's why Stalin starved 1.8 million Ukrainian Kulaks, the best farmers in Russia. It's why the bishops of France drove out the Hugenots - Protestant shop-keepers who were the backbone of business in France. It's why Chairman Mao slaughtered Chinese teachers and intellectuals and landlords. A landlord to Mao was anyone who owned more than one ox. Pol Pot murdered 3 million professionals, intellectuals, Buddhist monks and ethnic minorities. The "reunited" Communist "People's Republic" of Vietnam murdered some 2 million South Vietnamese after the Democrat US Congress abandoned their agreement to support the South Vietnamese after the peace accords were signed.

Those who will not obey must be eliminated. It's such an elegant solution. Kill anyone with any spunk and leave only the compliant behind. It's why the leaders of revolutions tend to kill off their own comrades once they've seized power. All threats to their power must be removed, leaving only "the compliant". Hitler turned on the Brownshirts - the citizen thugs that supported his rise to power. Can you say ANTIFA?. Stalin assassinated his fellow Communist, Leon Trotsky and anyone who was his friend.

The devil's first lie was an empty promise.  "Thou shalt not surely die." His second was that "You shall be like gods."  Then, every time we try to be like gods we somehow wind up enslaved and dead. It is the nature of lusting for power. The wages of sin," says the Apostle Paul, "is death." And when we dabble in it, the wages always get paid.


God on the other hand does not demand compliance. Obedience by our own free choice to obey laws we believe in, is not knuckling under to an oppressor. That's what non-Christians don't get about us. We obey because we agree with the law, not because we fear the consequences. Over the years some have created tools like hellfire and excommunication and guilt and the power of priests to forgive in the same way Karl Marx tried to use revolution and enforced collectivism. 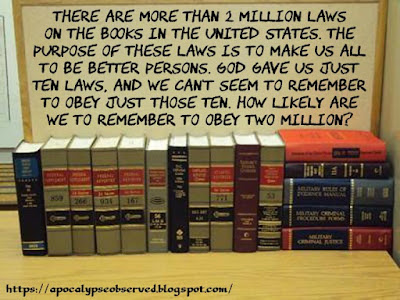 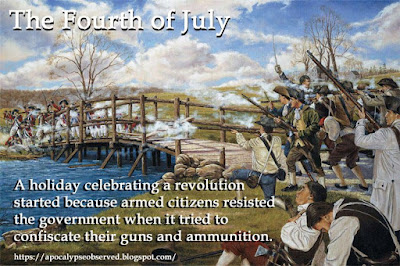